Ted Nield on the ‘Ed Stone’ – what happened to it, what it cost and where it came from. END_OF_DOCUMENT_TOKEN_TO_BE_REPLACED 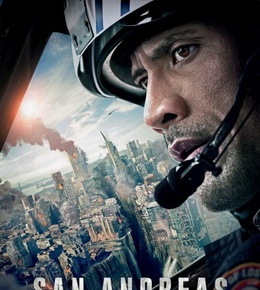 Geoscientist Editor Ted Nield reviews the latest geology-related cinema release. A divorced search and rescue helicopter pilot (Ray, played by Dwayne Johnson) goes in search of his daughter in earthquake-hit San Francisco and is reunited with her and his ex-wife in  the process.   Yes, the Coast is toast – yet again. END_OF_DOCUMENT_TOKEN_TO_BE_REPLACED

So farewell then, Gary Dahl (1936-2015) Gary Ross Dahl, who died on March 23, was an advertising copywriter and advertising agency owner who became a millionaire on the strength of a six-month fad dating from 1975.  Those of us who remember that year, especially if we happen to be geologists, will recall the craze which … END_OF_DOCUMENT_TOKEN_TO_BE_REPLACED

Ted Nield writes: While visiting the private museum of Dorset fossil collector, preparator and author Wolfgang Grulke recently for a future article in Geoscientist, I saw a familiar image in a rather unfamiliar form. END_OF_DOCUMENT_TOKEN_TO_BE_REPLACED

Gower was the UK’s first Area of Outstanding Natural Beauty, and is a popular destination for geological field excursions because of the wide range of interesting and instructive geological and related geomorphological phenomena displayed there, and all within a relatively compact area. Sitting at the southern edge of the South Wales … END_OF_DOCUMENT_TOKEN_TO_BE_REPLACED

We knew we were in for it when we chose a picture library image of an unidentified ammonite for the cover of the November issue of Geoscientist.  So far reactions have been of two kinds – compliments on the graphic design, and complaints regarding the lack of diagnosis.  So, hoping to move on beyond the … END_OF_DOCUMENT_TOKEN_TO_BE_REPLACED

Back in 2009, the cover of Geoscientist carried an image scanned from a fragment of Paesina Stone from Tuscany – a silty limestone formed during the Cretaceous Period and marked with a fine network of cracks through which groundwater has diffused, bringing colourful oxides of various minerals.  This stunning image had been created by Richard … END_OF_DOCUMENT_TOKEN_TO_BE_REPLACED

Not far from Burlington House stands Economist Plaza, home to the famous magazine of that name, and known to architects as the first building in the UK to be faced with the Portland Roach.  That’s the limestone full of distinctive hollows created by dissolution of mostly gastropod and bivalve shells – leaving their body cavity infills behind … END_OF_DOCUMENT_TOKEN_TO_BE_REPLACED

As part of our education activities for the #YearOfSpace, we were delighted to be able to provide around 400 families with space science goody bags over half term!
Why become a member of the Geological Society? There are many benefits including networking, career progression, events, conferences, mentoring, access to research and much more.
Are you 16-18, studying A levels or Advanced Highers? Enter now to win funding for your school! In our Schools Geology Challenge students can showcase their interest in geology, learn more about the way geoscience impacts our lives, and put their teamwork and presentation skills to the test. Closing date for entries: 4th February 2022.
Do you have a passion for Earth sciences? As a member of the Geological Society, we will support your advocacy work to raise awareness of the profession.
Join us as a Fellow today and take advantage of mentoring opportunities. If you are looking to become a Chartered Geologist, you can benefit from the knowledge and guidance of our more experienced Fellows.
Carbfix turns CO2 into stone!