Geologists, we thought you might need a hand with your Valentine plans. Forget an evening for two – so passe. We’re a sociable lot, after all. We present to you…The Geologists’ Valentine Ball. 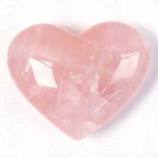 Firstly, whip up some intrigue by sending out your invites carved on a piece of rose quartz (we’re assuming you own the tools to make this work).

According to the world of Feng Shui, rose quartz attracts and keeps love. If you want to get all scientific about it, that pink colour is thought to be caused by trace amounts of titanium, iron or manganese.

Location. Romantic, but not too romantic. Something to stir the hearts of even the most heart-heardened geologist. One of these ten most mind blowing landscapes should do the trick.

Menu. Rock cakes are just a bit obvious, aren’t they? We’ve taken our menu plan from the Geologic and Paleontologic Cookbook. How about a starter of ammonites in blankets, followed by lasagne (nothing like being able to discuss those old thrust faults over supper) and then for desert a big ol’ piece of Mississippi Mud Pie (after all 2015 will be GSL’s Year of Mud).

The all important guest list. Imagination is the key here, and tenuous links are a must. First of all, master of ceremonies simply must be Mr Geology Valentine Ball himself…Valentine Ball.

Valentine Ball (1843 – 1894) was an Irish geologist and Fellow of the Geological Survey of India, becoming an authority not only on geology but also on ornithology and anthropology. Name aside, we’d have him along for that beard alone.

Valentine Searles Wood Senior & Junior – Father and Son. Valentine senior was even born on Valentine’s day (1789 – 1880). A bit creepy to have them both at the ball though? Maybe we’ll just invite the younger. 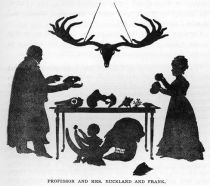 William & Mary Buckland – star struck geological lovers. Of their first meeting, their daughter Mrs Gordon relates “…Dr Buckland was once travelling somewhere in Dorsetshire, and reading a new and weighty book of Cuvier’s which he had just received from the publisher; a lady was also in the coach, and amongst her books was this identical one, which Cuvier had sent her. They got into conversation, the drift of which was so peculiar that Dr Buckland at last exclaimed, ‘You must be Miss Morland, to whom I am about to deliver a letter of introduction.”’

Yep. They’ve got to be invited – although we’re not sure if the menu will be as diverse as the Bucklands were used to. 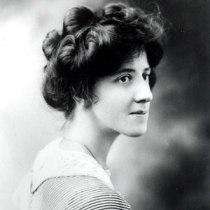 And finally, a Valentines party wouldn’t be complete without Marie Stopes – one of our earliest female Fellows, elected in 1922. As well as a birth control pioneer, Stopes was a palaeobotanist, making contributions to plant palaeontology and coal classification.

Now, we’ve done nothing to entertain these guests and assumed they’ll just get on, so to fill those possible silences a bit of entertainment is needed. How about popular palaeontological classic, Dinosaur Love Song…

For something a bit more upbeat, how about a quick blast from the Boulder Philharmonic Orchestra?

And finally, with this eclectic mix of guests, the conversation is bound to be juicy. So, the final guest for the evening will be Dr Ted Nield, whose duty will be to report on the evening’s activities and let us all know a month later in Geoscientist!

4 thoughts on “The Geologists’ Valentine Ball”