A geochemists’ view of the interior of the Earth

On 16th January 2019, the President of The Geological Society, Professor Nick Rogers, gave our opening lecture of 2019 entitled ‘Quicquid Subterra Est’ or Whatever is Under the Earth. Quicquid subterra est is the Society’s motto, and an exhaustive subject to kick off our public lecture series of 2019!

Professor Rogers took us on a tour of the interior of the Earth, his long term geological passion, explaining how we came to know as much about the structure and composition of what lies beneath our feet as we do today.

Things have come on a lot since medieval times. Back then our understanding of the interior of the Earth was limited purely to speculation, coupled with widespread religious imagery of a hierarchical ‘underworld’ that dominated beliefs at the time.

In 1664, based on extensive field observations in volcanic locations such as Mount Vesuvius, Athanasius Kircher was the first to suggest a connected system between the Earth’s surface and the interior. He drew elaborate sketches of his proposed system to communicate this with the wider public (see below). 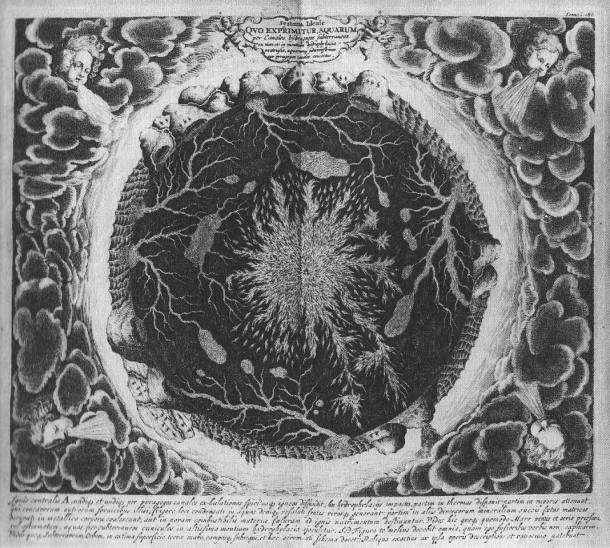 Athanasius Kircher’s elaborate artistic representation of the surface and interior of the Earth as a connected system. Image: Wikimedia Commons.

The weight of the world

In 1798, Henry Cavendish succeeded in ‘weighing the world’ by constructing a torsion balance experiment which allowed him to measure the force of gravity between two masses, and therefore quantify the mass of the Earth. This work was pivotal in determining its density, which differed significantly of the measured density of crustal rock, and implied that the interior of the Earth contained much denser material than we observed at the surface. Amazingly, the estimate of the mass of the Earth made by Cavendish in 1798 is within 1.2% of the best estimate we have today; a feat of experimental precision from the 18th century scientists working in this field.

The torsion experiment conducted by Cavendish was originally designed by a largely unknown scientist, John Michell (1724 – 1793), who died without completing the research that allowed Cavendish to make his pivotal discoveries.

In the 19th century, the science of seismology developed significantly, leading to the discovery of the Earth’s interior as a series of distinct layers with varying physical properties by Richard Dixon Oldham (a former Geological Society President) in 1906.

By the 1960s, when Professor Rogers began in education, the structure and density of the layered interior of the Earth was well known to comprise of the crust, the upper and lower mantle, and the outer and inner core. However, we still didn’t know what these layers were made of geochemically; a topic that would dominate Rogers’ fascination for years to come.

For clues about the geochemistry of the interior of the Earth we searched in the solar system. Meteorites, the debris left over from the birth of our solar system, exhibit a layered structure in terms of their composition and density. These planetary analogues allow us to infer what might comprise the layered chemistry of the Earth. It was proposed, based on extensive meteorite sampling, that the Earth may mimic the geochemical layering observed in meteorites (see below) with a basalt/granite crust, a peridotite mantle, and an iron/nickel core. 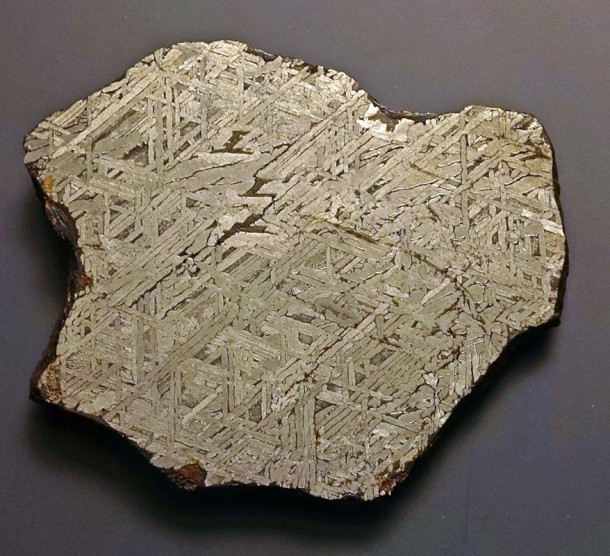 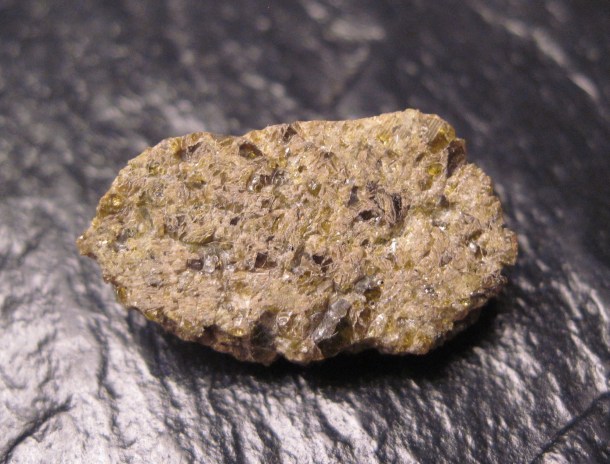 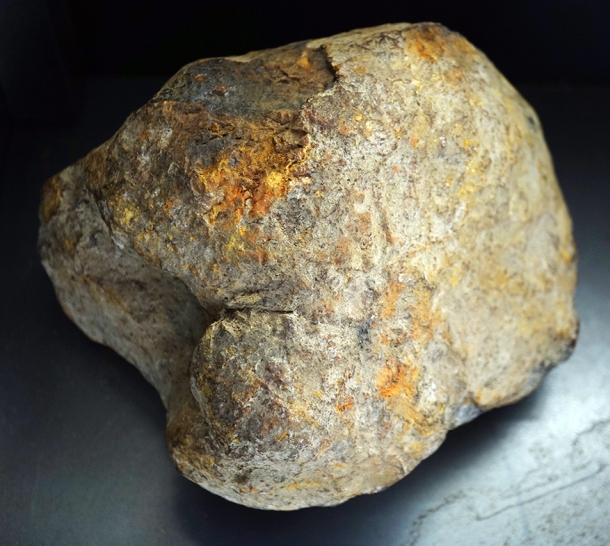 This layered geochemical hypothesis fits with the known physical data for the structure of the inner Earth, as well as with samples obtained from a variety of depths within the mantle. Mantle samples can either originate from mid-ocean ridges where plate tectonics have caused buoyant upwelling of the shallow mantle to fill the void left by plates pulling apart from each other, or from rocks deposited by migrating intra-pate volcanic hot spots where deeper mantle magma protrudes at the surface.

Today, what we know about the structure and composition of the mantle is much more complex than we could have initially imagined. Numerical models calculating patterns of convection in the mantle show just how complex the picture can be over geological timescales. Advancements in investigation techniques such as mantle tomography allow us to obtain images of the subducting slabs of continental plates.

Despite this much improved picture of the composition and structure of the interior of the Earth since initial investigations began, all of our geological samples used to corroborate our hypotheses have been sourced from the first 200m below the crust. Below that, significant geochemical speculation still exits and there is much we are yet to discover. And with these insights, Professor Rogers sparked our imaginations and our curiosity about Whatever is Under the Earth for the year to come.

If you’re looking for a new job or a first job in the profession, being a member of the Geological Society can help set you apart from the crowd.
In less than a week, Glasgow will host the 26th United Nations Climate Change Conference of the Parties (COP26) with the aim of accelerating global action towards the Paris Agreement and the UN Framework Convention on Climate Change.
Join us on 4th November for our virtual careers Q&A for students interested in careers in geoscience and engineering on Mars!
As a member of the Geological Society, you are able to access one of the world’s largest collections of books, maps and serials as well as receiving free online access to journals and books.
#EarthScienceWeek21 may be over, but we have plenty more tips and tricks from our outreach superstars to share with you. Want to get involved and share your passion for outreach with the world? Contact us at outreach@geolsoc.org.uk to find out how you can be part of this series 💻
Learn to 'Geologize it!' with Dr Haydon Mort, Earth scientist, geocommunicator and CEO of the Instagram and YouTube channel Geologize.