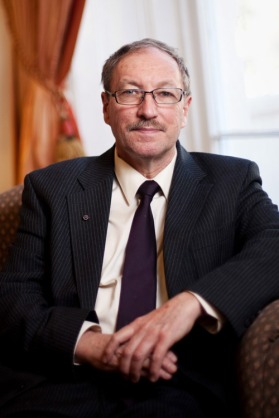 Congratulations to Professor Stephen Sparks, who has been awarded a knighthood for services to volcanology and geology in the Queen’s New Year Honours list.

Sir Stephen, who is Professor of Geology at the University of Bristol’s School of Earth Sciences, was President of the Geological Society in 1994 – 1996, and received Wollaston Medal, the Society’s highest award, in 2011. A world renowned geoscientist, his research focuses on volcanology and igneous petrology, including monitoring eruptions, mapping volcanoes, managing nuclear waste and the geology of natural resources. He has also worked extensively with the media – most memorably for the BBC Horizon documentary and associated docu-drama, ‘Supervolcanoes.’

“I am absolutely thrilled to receive the honour” he says, “which recognises the importance of geology and environmental sciences for stewardship of the Earth and making sure of a sustainable future.”

Sir Stephen at work in the field (Image credit: University of Bristol)

To celebrate, the Society has made a number of Sir Stephen’s publications on our Lyell Collection platform free to read throughout January: