I am currently developing a multi-sensory, participatory performance, inspired by George Bellas Greenough, (1778 – 1855), a geologist and a founder of the Geological Society of London. The performance will happen within the context of Open Senses weekend, a London wide festival dedicated to the senses, as well as Wormwood project, a 100 day residency at Dissenters Gallery, in collaboration with poet Steven J Fowler.

While Greenough is considered dry and unromantic by many, his story falls very much within the Romantic era, both historically but also in its unique focus, including his friendship with the English poet Samuel Taylor Coleridge (1772 – 1834).

During the Romantic era, the connection between geology and poetry was perhaps closer than we imagine. While keenly using various sensing techniques to explore the known world, geologists too had to rely on intuition, speculation and imagination to fill in the gaps between what was visible to the naked eye and the unknown.

Jules Verne’s story the Journey to the Centre of the Earth is one such story where imagination and science meet, to take us on an adventure into the depth of the Earth, which is as much a journey through the strata of human imagination, as it is through real rocks and sediments.

Using some of the above themes as a starting point, the performance aims to explore the space of the unknown, through an intriguing dialogue between sensory impressions and our imagination’s ability to elaborate and construct inner worlds. Every participant will therefore become an explorer along the journey of their own imagination. 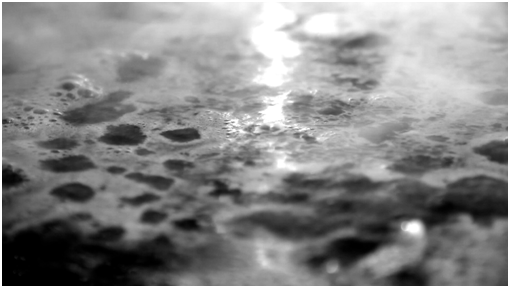 As part of the developmental stage, I have organized a series of sensory workshops, which have been running since November 2016 and will continue this year.

The workshops serve as a space for playful explorations and experimentations, as well as a development of a collaborative team of creative individuals, interested in the senses and the project.

There will be a sound focus with sound recordist Josh Ward (who worked with me on Icelandic Banquet and also Moving Water project), and who will join us on 25th Feb. There will also be a focus on taste, with Michael Isted of The Herball. And hopefully one of the workshops should also involve a geological walk around the cemetery, led by a geologist!

If you are interested to participate or have ideas how you might want to contribute, please get in touch. The contribution can be anything from experiments with sound, taste, movement, touch, vision etc. Ideally some creative connection to geology, minerals or underground space etc. would be ideal, but it can be a very loose connection.

Note: George Bellas Greenough was a Dissenter and is buried at Kensal Green cemetery.

*Dr Tereza Stehlikova is an artist and researcher, working in moving image and performance, exploring the role of the senses in an aesthetic experience. She is a senior lecturer in still and moving image theory and practice at University of Westminster, and an animation research coordinator at the Royal College of Art, London. Tereza also founded Sensory Sites, an international network of artists and researchers dedicated to exploring the role of the senses in art.

One thought on “Journey to the Interior”