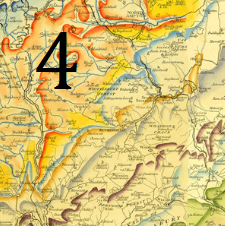 Our favourite fictional geologists have become quite a feature of advent blog posts – we’ve covered film, novels and TV in our quest to document the best, and worst, of geology’s representation in media. We’ve also looked at some real life geologists you might not have known were geologists, and some real life non geologists who really should be. (That last one really was a bit of a stretch.)

The well is not exhausted, however – a number of Geological Society staff have nominated their favourites this year, beginning with Conference Office manager Georgina Worrall, who has picked 2012’s Adrian Helmsley, chief science advisor and keeper of the world’s humanity, played by Chiwetel Ejiofor.

I have to confess, shamefully, to never having seen 2012 (I thought I had but it turned out to be The Day After Tomorrow, a mistake which can surely happen to anyone). But based on this clip I found of Dr Helmsley in action, it’s clearly essential Christmas viewing.

Adrian Helmsley learns that neutrinos from a huge solar flare are heating the Earth’s core. Helmsley presents his information to the White House Chief of Staff, who brings him to meet the President.

The President and other world leaders begin a secret project to ensure the survival of humanity by building arks.

As with any Hollywood disaster films, there is great drama and tension. Adrian learns that the Earth is about to undergo drastic changes earlier than expected, but only three arks have been completed.

Then there is the drama rollercaster of any good disaster movie – eruptions, death, the realisation of ark can hold more people than advised, helping to save people while battling with the elements, and then the realisation the world will be OK and in fact you love the person we have battled to hell and back with.

Truly, it sounds magnificently, gloriously rubbish and I shall definitely be adding it to my Christmas viewing plans. If you have any of your own favourite fictional geologists to share, or indeed disaster movies, feel free to share in the comments below!