There’s a huge range of career options for Earth scientists, from academia to communications. All week, in honour of Earth Science Week, we’ve been featuring geologists who have taken their careers in more unusual directions. In our final blog, we look at one of the ways scientists can take their research out of the lab, to get in touch with a whole new audience.

Dave says “I have always loved learning – but choosing one subject to specialise in isn’t always easy! After studying For a BSc in geology and an Msc in Palaeobiology I started work as a micropalaeontologist for a biostratigraphic consultancy in the oil industry.

“Although I had gained employment in one of the only commercial routes available for a palaeontologist, I felt intellectually restricted in my day to day tasks. Fortunately, we were allowed mp3 players while we worked, so I spent the best part of four years listening to many different kinds of science podcasts.

“One thing they all had in common was that there was very little coverage of the Earth sciences. On the rare occasions a palaeontological subject came up, it was met with great excitement and passed all around the office.

“I soon realised that there was potential for a podcast which specialised in palaeontology. With no recording experience or high level academic expertise, I wasn’t sure if I could pull it off, until I discussed the idea with two friends, Jon Tennant and Joe Keating – now my co-hosts.  They agreed the idea had potential, and it was their enthusiasm which convinced me to go for it. 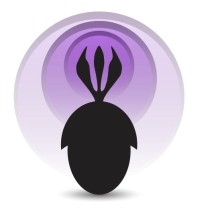 “Once we had come up with the idea of Palaeocast, we had to think about how to create it. With the help of my girlfriend, a specialist in online marketing and brand design, my brother-in-law, a DJ and web designer, and my Uncle, who is responsible for the University of Manchester’s digital media equipment, everything began to fall into place.

“I quit my job to work on the project, so initially everything had to be self-funded, from the HD recording equipment to the website, media hosting, laptops, software, marketing, travel, etc. Since then, funding from The Paleontological Society and now The Palaeontological Association has alleviated some of the financial burden and guaranteed Palaeocast’s future.

“Palaeocast’s interviews allow academics to tell the story of their own research. We hope to cover the entire field of palaeontology, with all of its subtleties and intricacies explained, rather than left out of the story. The episodes are far from basic – we target those aged 16 and above, with an understanding of biology. But we hope people of all experiences, from complete novices to professors, can learn something new.

“Parallel to our interviews, we are in discussions with academic bodies about developing a palaeontological introductory series as a resource for teachers, providing visual media to cover international curricula. ‘Palaeo101’ will be able to bring the best fossils, from restricted collections, into the classroom.

“Palaeocast is, and always will be, entirely free and non-profit. We all do it for the love of the science.”

Dave Marshal, 27, is from Manchester, where he studied for his BSc, followed by an MSc at the University of Bristol. His research interests are in Palaeozoic aquatic chelicerates.

Palaeocast was launched on 1 September 2012.

Many thanks to all our contributors this week. If you’d like to write for the blog, get in touch!