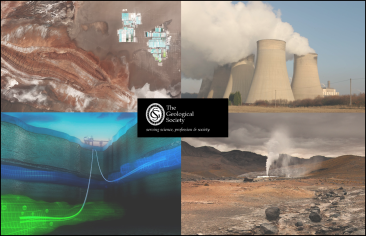 The Geological Society President, Nick Rogers, writes about the role of geoscience in the future and the launch of the Society’s Early Career Network.

The recent schoolchildren’s strike to protest about climate change presents liberal minded parents with something of an ethical dilemma. Do we support the kids in their protest or shoo them back to school because of impending exams of which we have high expectations? To some the very thought of children on the streets of our towns and cities even for a good cause, is anathema but they were telling us how it is – their future is bleak if we don’t do something about climate change now!

By coincidence, on the day following the climate strike I went to see the musical Matilda. The stage was dominated throughout by a company of enormously talented children whose performances put the adults in the shade. What struck me, however, was the repeated cry from Matilda of ‘it’s not right!’ to a series of adult inflicted injustices both to herself and others around her. Throughout Matilda was ignored until the final scene when her voice was heard and matters corrected in a thoroughly satisfactory way. 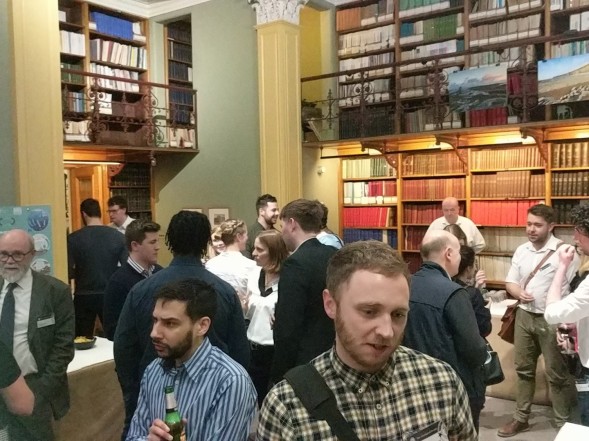 In both examples the children have a clear moral and ethical compass. In as much as Matilda can see that ‘it’s not right’, so our schoolchildren protesting on the streets can also see that our generation is not doing enough to mitigate and hopefully reverse the effects of climate change. In response, the cynic might say that they don’t have enough experience to understand the issues, climate change is also about economics and development, growth and the relief of poverty and disease. But unencumbered as they are with the ‘cares of the world’, what they can see is that the benefits of economic growth will pale into insignificance if human induced climate change progresses unimpeded. What is the point of exams if the future is as bleak as we predict?

As a scientific discipline we have a responsibility to the future to undo the damage that has been done to our environment. The Geosciences have much to contribute, as emphasised in the recent Bryan Lovell meeting on Decarbonisation (you can read more about the Bryan Lovell Meeting on decarbonisation on the GeolSoc blog. But to make those contributions we need to nurture talented scientists with the right skills to address the challenges facing society. 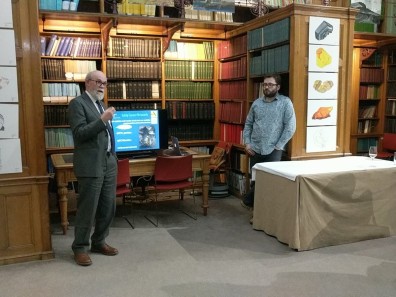 On Friday I had the pleasure of hosting the finals of our Early Career competition.   Throughout the day I was struck by the candidates’ enthusiasm for the science and the range of subjects covered in their talks – from the global to local, and from the esoteric to profoundly practical. The judges had a difficult time making their decisions and congratulations go to the winner, Jordan Lindsay and the runner up, Wesley Dixon.  This competition was followed by the launch of the Early Career Network, organised by young fellows to provide peer support and guidance for professional development across all sectors of geoscience for those within 10 years of graduation.

After a few glasses of wine we all went away feeling that the future of our science is in good hands. But this impression needs to be considered against a backdrop of an ageing fellowship, challenges in retaining new fellows once elected and a decline in interest in the geosciences at schools and universities.

dissuade young people from considering a career in the Geosciences and to make our Society more relevant to the 21st century. The best way to do that is to take the lesson from Matilda and the striking schoolchildren and listen to what our younger fellows are saying they want from us. While its not an ethical issue, it is imperative to hear their message if we want our Society and our Science to continue to play a role in our rapidly evolving and increasingly uncertain world.

For more information on the Early Careers Network, go to https://www.geolsoc.org.uk/Groups-and-Networks/Early-Career-Network

Also try the questionnaire on: https://lnkd.in/gp5PTyf

This large lithographic plate, which we have digitally stitched together, is from ‘The Mastodon giganteus of North America’ by J.C. Warren (1852). The other images show the title page of the book and a plate with examples of complete Mastodon skeletons which had been found.
If you are feeling that the Geological Society isn’t for you, maybe think again. If you study, work or are interested in any of the elements of Earth science, then we have something to offer you. Come and take a look.
Check out our brand new #YearOfSpace posters!
A paper published this week reports on 18 new Theropod and Sauropod footprints in the Bemaraha Formation, Madagascar, forming an important record from the Middle Jurassic strata.
Do you work in Earth sciences? Join the Geological Society to progress your career at every level whether a student or an experienced geologist
Are you starting out in a career in Earth science? By joining the Geological Society, you are immediately standing out from the crowd and gaining a solid foundation that’s trusted across the world.