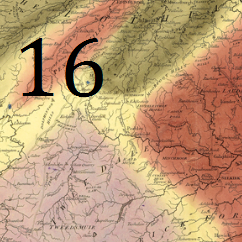 This image, taken by Austin Taylor, was one of the winners of our first photography competition in 2015, on the theme of our 100 Great Geosites. 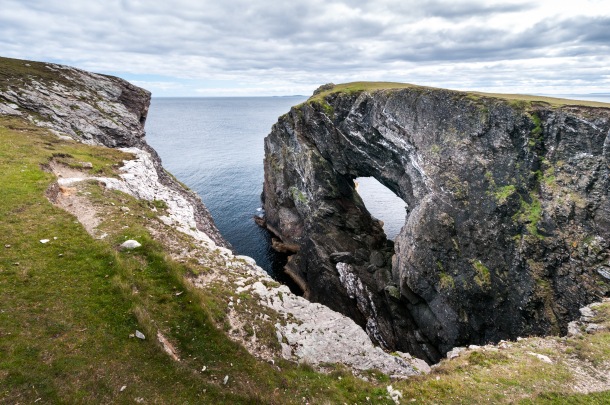 Funzie (pronounced funny), on the island of Fetlar, Shetland, has been a key global site for the quantification of rock deformation in three dimensions – thanks to the pioneering work of Derek Flinn. It was here that he was inspired to create his “Flinn Plot” a graphical way of describing strain symmetry and strain histories.

The conglomerates here are stretched into a variety of ellipsoidal shapes, from cigars to pancakes.

Formation of the Funzie conglomerates

Between 480 and 390 million years ago an ocean called Iapetus closed and the continents on either side collided to form a huge mountain chain. Some of the crust beneath the ocean was forced up over continental rocks in two major thrust sheets called nappes. On Fetlar the remains of both nappes can be found. We call this exposed oceanic crust an ophiolite.

Between the nappes of the ophiolite is a chaotic area of highly deformed metamorphic rocks that came from the oceanic crust and from the continent below it. This area, called a mélange, includes conglomerate – cobbles of differing rock types ‘cemented’ together in a fine grained matrix. Conglomerate forms when mountains erode and cobbles are carried down by rivers to accumulate in large ‘fans’ at their base. Over time the cobble fans are buried under finer sediments which solidify to form conglomerate.

The conglomerate at Funzie is unusual. It built up after the first nappe of oceanic crust was emplaced on the continent. When the second nappe was thrust over it the cobbles were squashed and stretched into rod shapes by the immense pressure generated. The second nappe has now eroded exposing the deformed cobbles beneath.