Many congratulations to the Geological Society Fellows included in the New Year’s Honours list, which was announced last week! 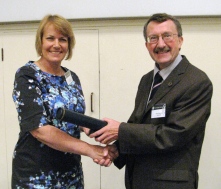 Professor Jane Francis FGS, Director of the British Antarctic Survey, has received a DCMG for her services to UK polar science and diplomacy from the Foreign and Commonwealth Office.

As well as her research, Professor Francis has been closely involved with the Antarctic Treaty, and in 2014 received the Geological Society’s Coke Medal in recognition of her extensive work in both science and policy.

Edmund Nickless at the Geological Society 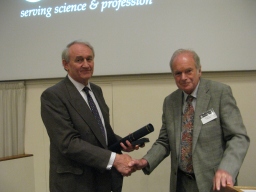 Professor Willy Aspinall FGS is awarded a CMG for services to the Government and community in Montserrat. Currently Cabot Professor in Natural Hazards and Risk Science at the University of Bristol, Professor Aspinall travelled to Montserrat in 1995 as scientific advisor following a major eruption, and spent the next 20 years advising the Montserrat and British governments on protecting communities from eruptions. He received the Geological Society’s William Smith Medal in 2012.

Also named in the New Year’s Honours is the British Antarctic Survey’s Director of Science, Professor David Vaughan, who receives an OBE for services to glaciology. Professor Vaughan leads a team of more than 150 researchers and post graduate students at BAS, whose work has a profound impact on our understanding of changes to polar ice, ocean, plants and animals.