Behind door nineteen, the most remote of our #100geosites, which attracted some beautiful photo competition entries! 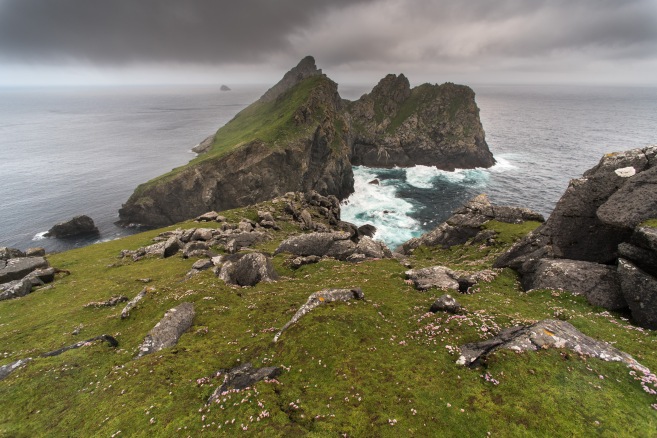 As the remotest part of the British Isles, the archipelago of  St Kilda was a winning geosite in our ‘Adventurous‘ category. Situated 41 miles west of Benbecula in Scotland’s Outer Hebrides in the Atlantic Ocean, it takes quite some effort to get there! 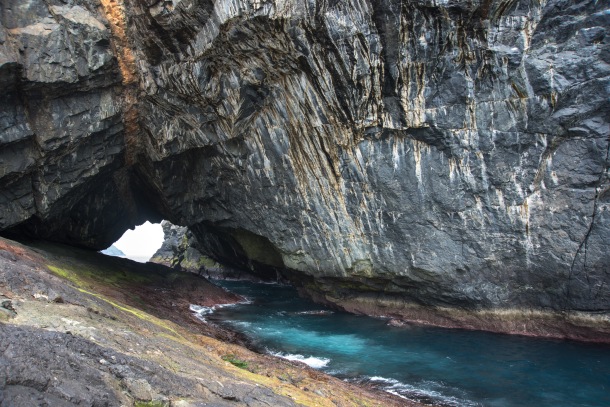 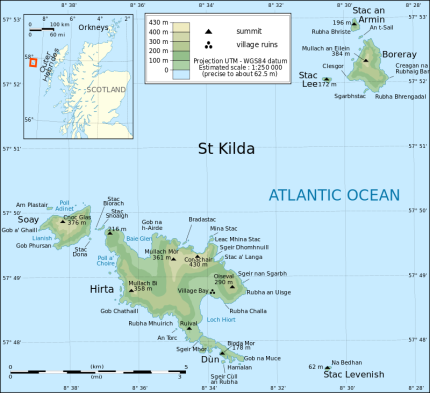 St Kilda is made of up 4 islands, the largest of which is Hirta. It also features Stac an Armin, the highest sea stack in the British Isles standing at 196 metres!  The Stac is categorised as a ‘Marilyn’ becuase it is a hill with 150 metres of drop on all sides! (you can read about Rob Woodall’s experience of climbing Stac an Armin as part of his effort to climb all 1556 Marilyn’s in the UK) The islands are the remains of a Paleogene volcanic centre that was active about 55 million years ago, part of a suite of volcanoes associated with crustal rifting that accompanied the formation of the North Atlantic.

St Kilda was once continuously inhabited for two milennia or more from the Bronze Age to the 20th Century. Despite its remote location and harsh conditions it was made inhabitable by its location in the path of the Gulf Stream.  Little is known of the islands early history, the first written record dates from the 14th Century and the first report of a visit to the islands dates from 1549 when Donald Munro recorded this description: 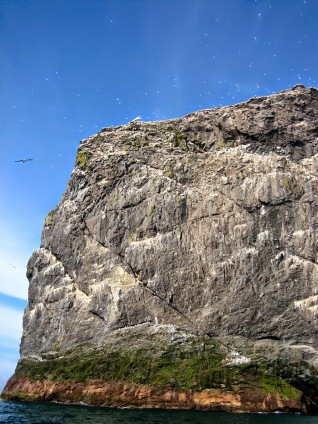 The inhabitants thereof ar simple poor people, scarce learnit in aney religion, but M’Cloyd of Herray, his stewart, or he quhom he deputs in sic office, sailes anes in the zear ther at midsummer, with some chaplaine to baptise bairnes ther. (Taken from wikipedia) 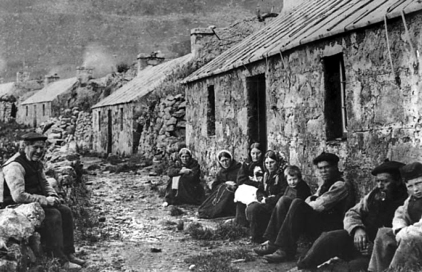 In the 18th and 19th centuries, the arrival of visiting ships brought new problems for this remote community. Ships brought both cholera and smallpox to the island and by the early 18th Century there were so many disease-related deaths that there were not enough men to man the boats and new families had to be brought over from Harris to replace them. During the first half of the 19th Century the population stabilised at around 100 until 1851 when 36 islanders emigrated to Australia on board the Priscilla. Sadly some of the migrants died en-route but a few settled in Melbourne, where to this day there is a suburb of the city called St Kilda! However this large emigration spelled the beginning of the end for the permanent residents of St Kilda, 80 years later the island would be abandoned. 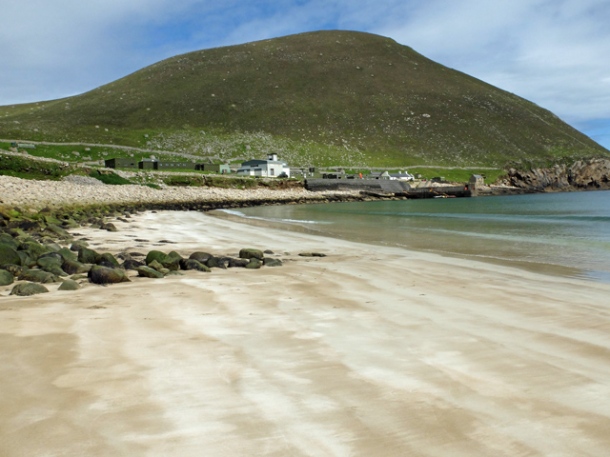 During World War 1, seeing the strategic advantage of St Kilda, the Royal navy erected a signal station on Hirta and daily communications with the mainland were established for the first time in St Kilda’s history. On the morning of 15 May 1918, a German submarine arrived in Village Bay and after issuing a warning, started shelling the island. They fired 72 shells destroying the wireless station, the manse, church and jetty storehouse but there was no loss of life (except for 1 lamb caught in the melee while the rest of the cattle ran from one side of the island to the other!). As a result of this attack, a Mark II QF gun was erected on a promontory overlooking Village Bay, but it was never fired in anger.

However, it was the establishment of more regular contact with the outside world, and the adoption of a money-based economy that set the wheels in motion for the St Kilda evacuation. Prior to the early 20th Century, the islanders had existed for centuries with only fleeting contact with the rest of the world. The island’s involvement with WWI and the increase in tourism meant the islanders were exposed to alternatives to the hard life on the island at the mercy of heavy weather conditions. After the war, many of the young men left the island and the population fell to 37 at the end of the 1920’s. A bout of influenza and crop failures over the next few years caused even more problems and the last straw came with the death of a young woman from appendicitis in January 1930. The island’s resident nurse convinced the remaining St Kildans that staying on the island was unsustainable. Rents were getting harder to pay to the island’s owner and there were endless threats of starvation, severe weather and the lack of resistance to disease to consider. On the 29 August 1930, the last 36 inhabitants were evacuated to Morvern on the Scottish mainland and Oban at their own request. The evacuated inhabitants left a bible and a portion of oats in each of their abandoned homes along with most of their furniture, boats and fishing gear. The majority of the St Kildans were settled in Argyll; many of the younger men were given forestry jobs despite never having never seen a tree! 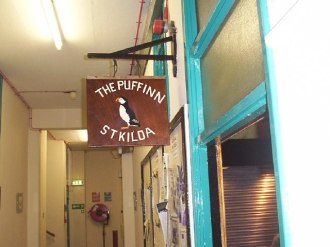 The islands were then sold in 1931 to the Marquess of Bute, an ornithologist who subsequently bequeathed them to The National Trust for Scotland in 1957.  In 1955 the British government decided to incorporate St Kilda into a missile tracking range based in Benbecula where test flights and firings were carried out. A variety of new military buildings and masts have since been erected, including the island’s first licensed premises, the ‘Puff Inn’! The main island is now occupied all year around by a  small number of civilians working in the military base there as well as conservation workers. In 1986 the archipelago was recognised as a UNESCO World Heritage Site and is today managed by The National Trust for Scotland, Scottish Natural Heritage and the MoD. 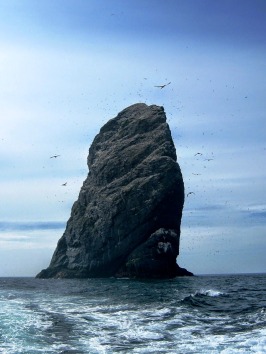 National Library of Scotland – Footage of the evacuation of St Kilda, filmed 27 August 1930.

You can see a gallery of beautiful pictures of Si Kilda by Murdo Macleod on the Guardian website.

One thought on “Door 19: The Evacuation of St Kilda”