The #geoadvent continues, with more images entered into the 2015 100 Great Geosites photography competition…

Borrowdale is a valley in the English Lake District in the Borough of Allerdale in Cumbria. The valley lends its name to the Borrowdale Volcanic Group, which make up most of the mountains at the head of Borrowdale including Scafell Pike.

Jamie Farquharson sent us three atmospheric images of the Borrowdale Volcanics taken during a fieldtrip in September 2015. 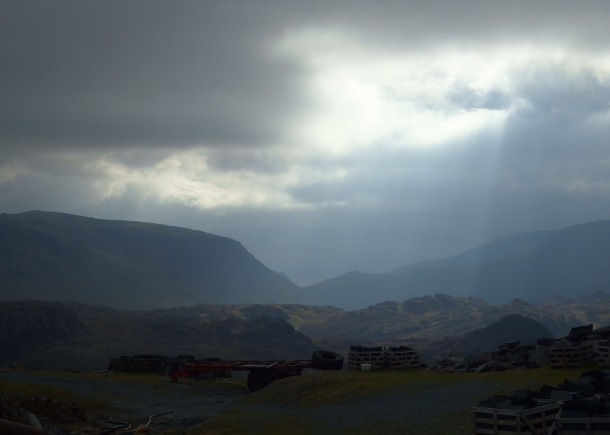 Looking out from Hopper Quarry near the Honnister Slate Mine c. Jamie Farquharson

He writes: ‘During the Ordovician period, around 460 million years ago, the landscape and climate of the Lake District were very different to what we see today. Volcaniclastic sediments—siltstones, sandstones, and breccias—were being laid down in a lacustrine environment, later to be highly metamorphosed and exhibit a strong cleavage. 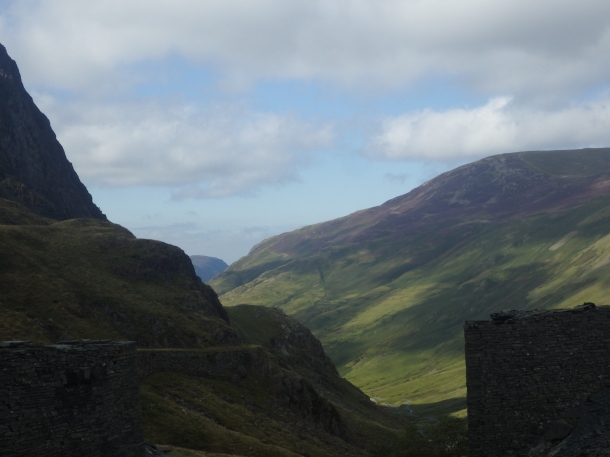 Looking out from the Honnister Slate Mine towards the Borrowdale Volcanics c. Jamie Farquharson

‘Meanwhile, a series of magmatic intrusions welled up from depth. These events resulted in the emplacement of a succession of sills of andesite: igneous rock with an intermediate composition. The interaction of these two materials is literally set in stone throughout the Borrowdale Volcanic Group.  Some textures preserve the process of passive intermingling of magma and waterlogged sediments, yielding globular features like entwined fingers. In other places, the violent union of melt, sediments, and steam blasted jagged fragments in all directions. These features—along with an array of textures in between—are known as peperites.

The sun picks out receding crags from the Borrowdale Volcanics c. Jamie Farquharson

‘In the recent past, the sedimentary deposits have been exploited by the Honnister Slate Mine, which is still in operation at the top of the Honnister Pass. However, the extent of saleable material is limited by the andesitic intrusions as the igneous-sedimentary boundary is riddled with peperites which disrupt the strata.

‘These images show the craggy andesitic ridges rising around the area of the mine. The first image was taken looking out from Hopper Quarry, near the Honnister Slate Mine. The second from the mine itself, and the third from the pass between the two. All the images were taken during a field trip in September 2015.’