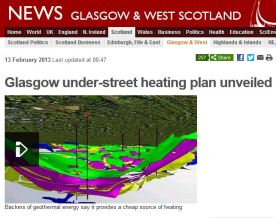 Over the last few weeks, a number of news stories have highlighted the impact geoscience has on our everyday lives in the UK.  But how do you interpret these stories for your own lives? How much do you really need to know about Earth sciences to benefit from our planet’s resources or protect yourself from its hazards? And how geoscience literate are you really?

Geology is even big news at the local level!

The geological community is mostly familiar with the issues that surround Earth sciences in this country (and abroad) and can usually connect with science communication in geology at a fairly high level of effectiveness. However, when it comes to the general public, information relating to hazards, resources, energy and other Earth Science subjects can be received in a variety of ways; leading to a whole range of responses.

One important factor in understanding science communication can be our personal levels of science literacy – how comfortable we are with engaging with scientific information – but what is science or geoscience literacy?

Science literacy has long been used to measure how well a population is able to interpret scientific information and can be a good indicator for the level of success in science communication (Durant et al, 1989). The initial scientific literacy tests were based on facts and assessed by answering true/false questions in a textbook fashion (Stocklemayer and Bryant, 2011). This approach was supported by the National Science Foundation in the USA and the Royal Society in the UK as providing an adequate measure of ‘civic scientific literacy’.

We are all familiar with the ‘big three’ of science education (biology, chemistry and physics). But what about the less commonly taught science subjects? Subjects like engineering, psychology, microbiology and, of course, geology. 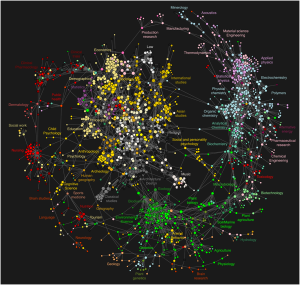 Bezzi (1999) studied geoscience literacy more specifically and spoke of the importance of teaching geological facts in the classroom, supporting a move towards a more egalitarian science curriculum. This predisposition towards the importance of facts and concepts in geoscience led to the eventual development of the Earth Sciences Literacy Initiative, a National Science Foundation initiative (in the USA), that attempts to define what it is to be geoscience literate and the central concepts that you must understand to be able to get involved with debate on geological subjects. These ‘Big Ideas’ are:

Whether or not you agree with these ‘central concepts’ (and they are broken down further on their website) the thing that I find really interesting, is less a list of facts and ideas someone must have in order to be geoscience literate and more the definition of literacy, which includes what they must be able to do, i.e. the necessary skills. It states that an Earth Science literate person must:

Although this is only one definition of geoscience literacy, it is the ability to critically access information for yourself that I think would make our population truly geoscience literate – to think geologically, over long time periods and at unfamiliar scales, and to weigh any information that we are given, with an understanding of the scientific method. Only then will we have a population that can truly engage with geoscience communication in a valuable way.

What skills do you need to be geoscience literate?

But what do you think? Is factual knowledge the most important thing in being geoscience literate? Or is it how you engage with the information that makes you better prepared to face the challenges of modern life?

Bezzi, A. (1999). “What is this thing called geoscience? Epistemological dimensions elicited with the repertory grid and their implications for scientific literacy.” Science Education 83(6): 675-700.

8 thoughts on “Reading the rocks”