Sharp-eyed readers may have noticed a change to the front cover of the February 2018 issue of Petroleum Geoscience. Phil Christie, Chief Editor, explains the reason behind it. 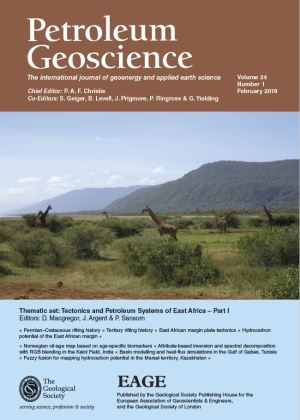 Petroleum Geoscience became the flagship journal of the then Petroleum Division of EAGE, in tandem with Geo­physical Prospecting representing the then Geophysics Division. While EAGE was largely populated by exploration geophys­icists, many of the EAPG geologists and engineers were members of the Petroleum Group of the Geological Society of London and so, from the outset, this journal was a joint enterprise between the two pro­fessional societies and continues as such today, being published by the Geological Society Publishing House on behalf of both GSL and EAGE.

Both societies promote multi-discipli­narity within the Earth sciences, recogniz­ing that progress in our understanding of the sub-surface depends on the successful integration of several branches of theoreti­cal, experimental, analytical, observational, interpretational and numerical science, whether found in academia, industry or both domains working in concert.

This issue’s thematic set on ‘Tectonics and Petroleum Systems of East Africa’ is a good example. Such broad-ranging and collaborative expertise is reflected in the pages of Petroleum Geoscience, which brings together the rock-related sub-sur­face disciplines, often in the context of an applied setting such as a play, field or reservoir. The journal seeks to report new understandings and transferable knowledge in the detection, characterization, exploita­tion and monitoring of sub-surface resourc­es and reserves. Over the past decade, the reserves studied in our articles have come to include alternative earth-energy systems and repositories for the geological sequestration of carbon.

Despite certain contrarian views, we are at a tipping point in expectations for future fossil fuel usage. The UK has now had several days of coal-free power gen­eration. Volvo announced that by 2019 all their cars will have an electric motor in the drive train as primary or auxiliary power source, and other motor manufacturers are following suit. The UK government has (timidly according to some) announced by 2040 the end to petrol- and diesel-engined cars; other countries are moving faster. In 2013 I applied the epithet ‘watching carbon come and go’ to a time-lapse seismic session I convened that included talks on monitoring CO2 injection as well as hydrocarbon production. In 2016, growing submissions of geological carbon seques­tration papers prompted an expansion of the journal’s ‘mission statement’ to include research on evaluating carbon repositories and lowering environmental risk. 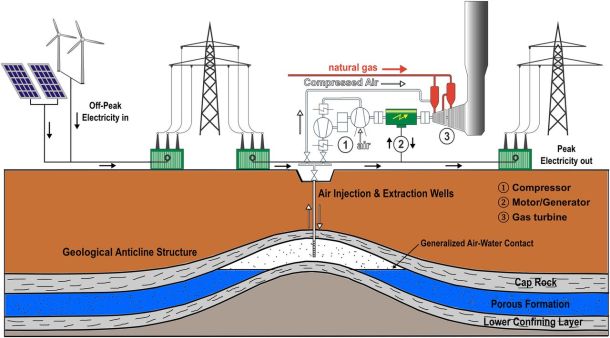 Expanding the journal scope to deal with these new application areas has been quite painless and almost subliminal: after all, the disciplines used to detect, character­ize and monitor non-hydrocarbon reserves are, by and large, exactly those applied to petroleum systems. However, rather than let editorial policy drift, Petroleum Geo­science editors and owners consciously decided to mark the expansion in scope by adding a strap-line to the front cover. Just in case you haven’t noticed, we now have the words, ‘The international journal of geoenergy and applied earth science’ in small print below the journal title.

‘Geoenergy’ is appropriate because it captures the diversity of both petroleum and non-hydrocarbon systems that we seek to cover. ‘Applied earth science’ could describe almost everything that we publish, but underlines the fact that many of our readers are working around the globe in an applied environment and seek to benefit from useful practical knowledge trans­ferred by the journal.

The journal title remains the same, emphasising continued commitment to our traditional topic area for submissions which, by the way, are running at a level twice that of just three years ago. However, we are also ready to publish papers of equal quality that deal with non-petroleum, sub-surface geoenergy systems. As trailed at the ‘Best of Petroleum Geoscience’ session at the EAGE annual conference in Paris, the August 2017 issue featured our first geoenergy thematic set, cover­ing underground storage of hydrogen and compressed air, as well as more conven­tional seasonal methane reservoirs, carbon storage systems and seismic risk. Some extra issues were printed as hand-outs for the Sustainable Earth Sciences Conference in Malmö in September 2017. Co-editor Philip Ringrose also co-chaired a joint EAGE-SEG research research workshop in Trondheim on Geophysical Monitoring of CO2 Injection, from which we hope to attract some interesting submissions.

In short, while this journal retains the commitment, expressed by Andrew Hurst and Tony Spencer in their 1995 launch editorial, to publishing top quality papers in petroleum geoscience, we hope that you will enjoy reading about the application of the rock- and fluid-related disciplines to all geoenergy systems.