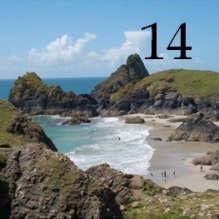 The next in our series of extracts from the fabulous 1837 Magazine of Natural History, featuring the music of snails…

THREE OR FOUR YEARS AGO, whilst sitting in my room reading late at night, my attention was attracted, for several nights in succession, to a sort of low musical note, which seems to proceed from one of the windows. It occurred at short intervals, and was sometimes silent for a quarter or half an hour, and then returned again.

I thought, at first, it proceeded from something in the room, or arose from some accidental vibration of one of the strings

of a pianoforte which stood near the window; but, being satisfied at length that it proceeded from the window itself, I drew up the blind, and discovered one of the common large garden snails crawling upon one of the panes.

In a few minutes the sound returned, and I had now no farther doubt of its being caused by the snail; for, bringing the candle back again so as just to throw light enough upon the window to enable me to perceive his motions, I observed that it was now moving again across the pane, and the sound evidently accompanied it.

…I suspected at the time…that the sound proceeded from the snail itself, as I was not able to ascertain whether the shell actually was in contact with the glass; but I concluded this must be the case, and that the sound was merely caused by the slow scraping of the shell on the moistened surface of the glass, producing a phenomenon somewhat similar to that which children amuse themselves in producing by passing a wet finger over the edge of a glass containing water. As far as I recollect, it was always in wet weather when the phenomenon occurred, and when the whole surface of the glass would be overspread by moisture. T Salwey, Vicarage, Oswestry, January 5 1837. [Magazine of Natural History, New Series, vol 1, pp107-108]