We can’t quite believe how the geobaking phenomenon has continued to grow – our eternal thanks to all those who take part and share the competition. Particularly the increasing number of you who are teaming up to hold your own competitions, and raising money for charity in the process – we salute you!

As ever, challenges were set in ascending order of difficulty/points (although to be honest, we don’t always get that right, as those who attempted 2015’s infamous ‘Hidden William Smith Fossil Preserved in Mud Cake’ 50 point challenge will attest. Again, sorry about that.)

So, onto the challenges! (Here, we insert our usual disclaimer: if we’ve missed your cake in any of the below, sincere apologies – we do our best to keep track of the flurry of geobaking magnificence that flies our way, but occasionally dough balls are dropped…)

As featured in Star Wars, and of course, you did not let us down by overlooking that important detail…

And hats off to Kirsten Lees for sharing a picture of herself at the real thing, alongside her bake – perhaps we need to make that an additional challenge for future bakeoffs…

My #geobakeoff Bolivian salt flat biscuits – and as a bonus, me on the real salt flats four years ago, taking ‘Fotos Locos’! @geolsoc pic.twitter.com/tvh3v3fEM4

The salt flats in full:

We had a feeling this was going to be a lot of fun, and it did not disappoint. Cakes, toffee, possibly bread – this one had everything. It remains unclear whether all of these entries are…edible, but who cares? They’re truly magnificent. 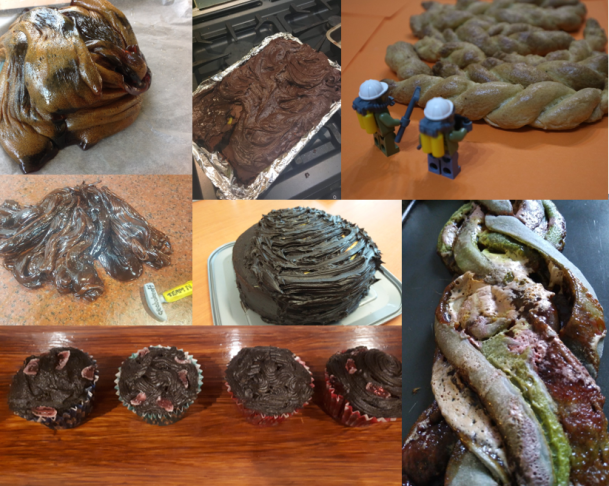 We should have known, given the weirdness that is on offer (Image: Painting by D. W. Miller via Smithsonian Museum of Natural History)

To be honest, we’re considering making next year’s geobakeoff the #burgessshaleoff because let’s face it, this one had everything. Just look at this absolute madness.

We had a shale of a time making this! @Plantdirt and I present our entry to the #geobakeoff @geolsoc. Who can guess all the species in this Burgess Shale?! pic.twitter.com/NbxsZtU3cV

And we loved this equally bonkers creation from 10 year old Amelie Meek: 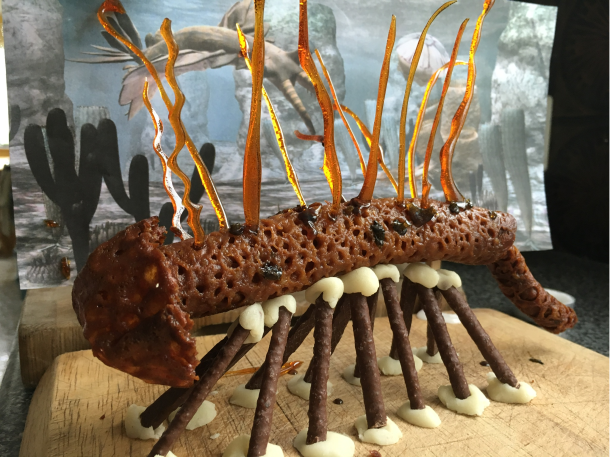 Others went for bread based creations, like these trilobite pizza breads from geobakeoff stalwarts Liz Laycock and team: 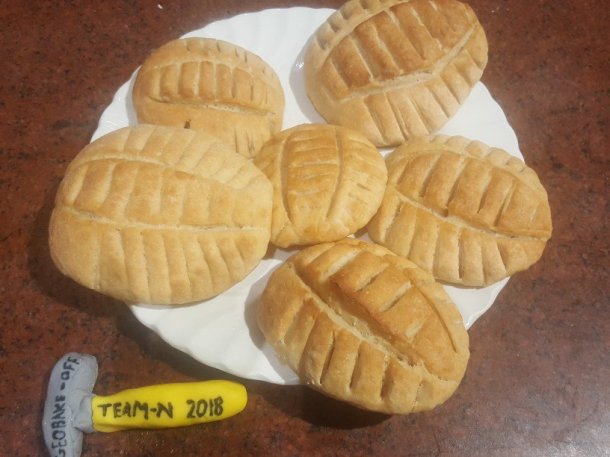 Frankly the whole thing was complete madness. We loved it.

Bit disappointed in this one, geobakers. Not a lot of you attempted a recreation of this classic scene, even after my exhaustive research into whether or not 1995 Elizabeth is standing on the same rocks as 2005’s inferior Elizabeth. That’s some extensive googling time I’ll never get back.

Never fear, because the entries we did receive were magnificent. Particularly this, from Amelie again, who really captures the emotional depth and turmoil of this scene as depicted in the original novel:

We also received this marvellous depiction – unfortunately it comes from our own Head of Policy & Engagement/Co-Geobakeoff Coordinating Officer Flo Bullough, so we must render it ineligible for prizes. But hooray anyway! 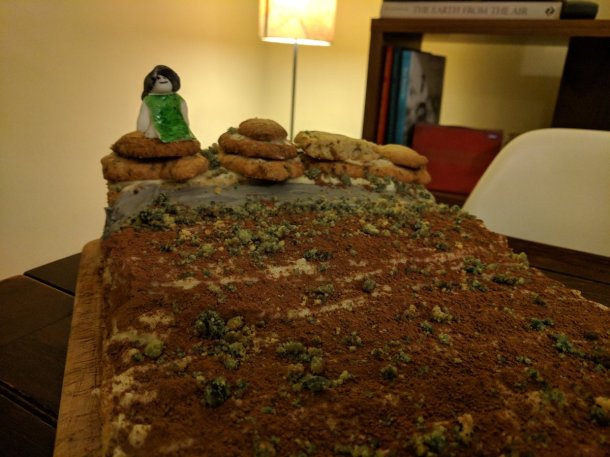 Here are the magnificent Bennetts in full:

Some lovely contenders here, with and without optional dinosaur. We enjoyed Hazel Gibson’s nod to the extremely lesser known Seitaad: 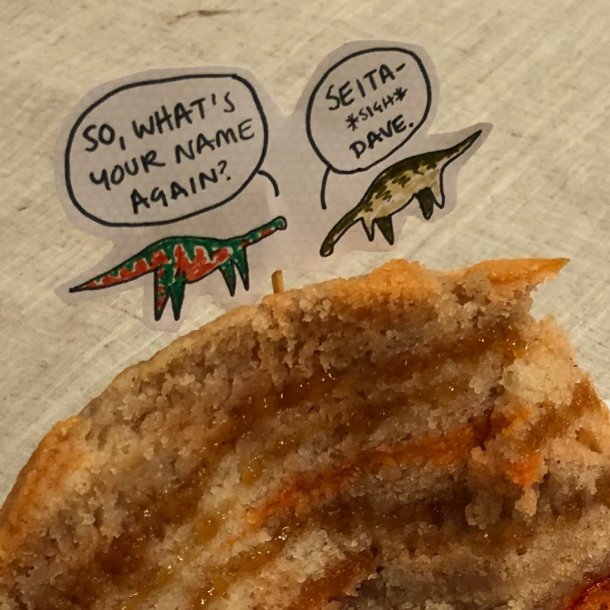 And points to Leap Environmental for this excellent interpretation of the traditional geobakeoff hammer:

Well done to everyone who took on the Navajo and won!

The island of Skellig Michael in Ireland has, for the purposes of this competition and Star Wars, been repurposed. Nevertheless, it was depicted in fabulous geological accuracy by many geobakers (although in some cases your Porgs left something to be desired.)

Of particular note, a cake swimming in blue water from Jennifer Craig as part of the iCRAG geobakeoff:

Creative use of marshmallows from Alex Booer:

And another iCRAG contender from Fani Papageorgiou:

Here is my version of Luke Skywalker’s island a.k.a. Skellig Michael with its very own battle scene! #geobakeoff @geolsoc @iCRAGcentre pic.twitter.com/Jm1QrtnW3P

The Skywalker Isles in full:

As we said in our original challenge, if you missed #MinCup on twitter last year, you must have been under a proverbial rock. Inspired by the social media sensation, and our own #YearofResources, we challenged you to pick a mineral, any mineral.

We had magnetite, gold, pyrite, thin sections, hand sections…the list was endless. Some of you were inspired by minerals in the home:

Some of you went further, and recreated the MinCup in Olympic style:

My top 3 for the mineral cup – zircon, pyrite and gypsum. One of my favorite minerals – serpentine wasn’t even in the list. + some forgotten @geolsoc #geobakeoff pic.twitter.com/gBkl7Xt5mC

Minerals! Olivine, garnet, kyanite, rutile and quartz (amethyst). Hopefully they are not so shocking that you can work out which is which! #geobakeoff @geolsoc pic.twitter.com/mi0KPKZrCP

The #MinCup montage in full! 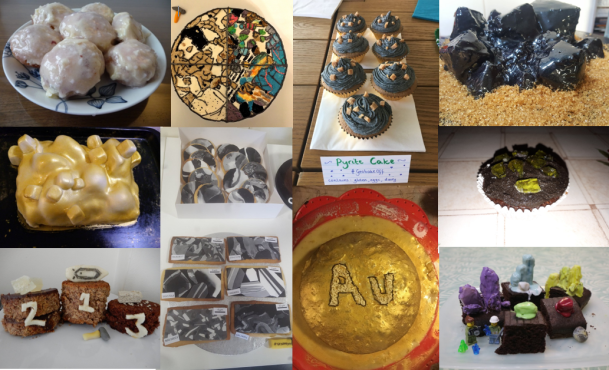 With the recent retirement of our long standing Geoscientist Editor Ted Nield, we thought it was high time our beloved Fellowship magazine featured in the #geobakeoff. And my goodness we were not disappointed. Your homage went above and beyond – some even arrived in the building to be consumed by our own President, Malcolm Brown, who happened to be in that day…

Huge thanks to @longrat who not only created this amazing array of @geoscientistmag cover biscuits for her #geobakeoff entry, but also sent them to the office! Here’s our President, Malcolm Brown, enjoying them 🍰📚 pic.twitter.com/rXRSMSWZ6r

Others tackled one cover – including this masterful depiction of our own Honorary Fellow, Professor Iain Stewart:

Whilst Alex Russell, as part of the iCRAG bakeoff, took a more interpretive approach, with a cover featuring the UN Sustainable Development Goals as inspiration, and including a mini Ted for good measure… 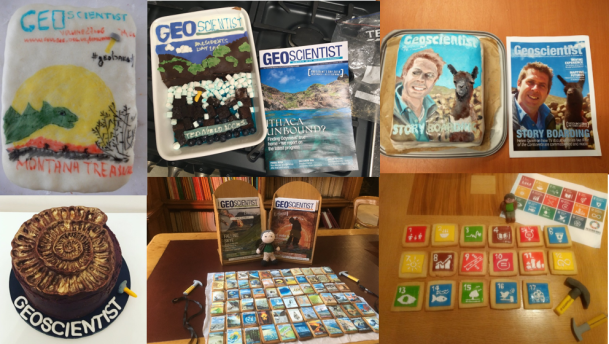 90 points: Nodding Donkey (or oil rig of your choice)

We’re getting towards the big money now. Again, this was a challenge not many took on – but those who did took it to the max.

We had not one, but TWO fully operational (sort of) Nodding Donkeys:

First half of my entry for this year’s @geolsoc #geobakeoff: a Nodding Donkey! The handle fell off so this one is manually operated.

Side note, what’s the secret to a good hard #gingerbread? Mine were all too soft! pic.twitter.com/eSpT48Et4B

(Sidenote: we’re hoping our 2016 judge, @maidofgingerbread, can help with that one.)

Oil rig contenders, you were few in number, but strong in construction skills: 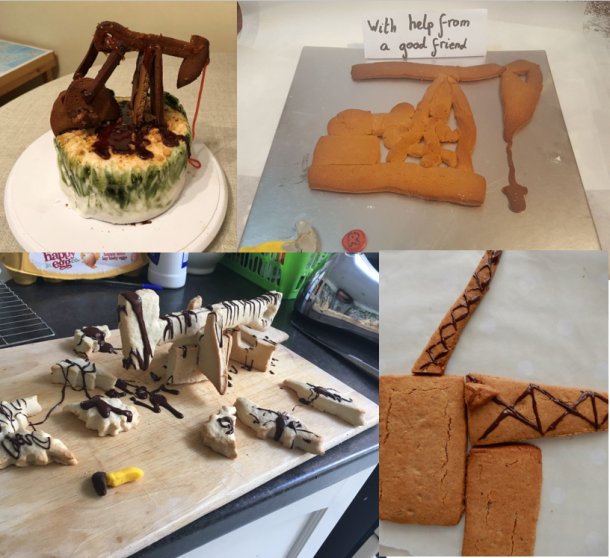 100 points: Stranger Things tunnels with at least one compulsory Demogorgon

Just a little bit excited about this one. It was possibly our toughest 100 point challenge yet, and you rose to it magnificently. Just look at this intricately detailed effort from Amelie Meek and team: 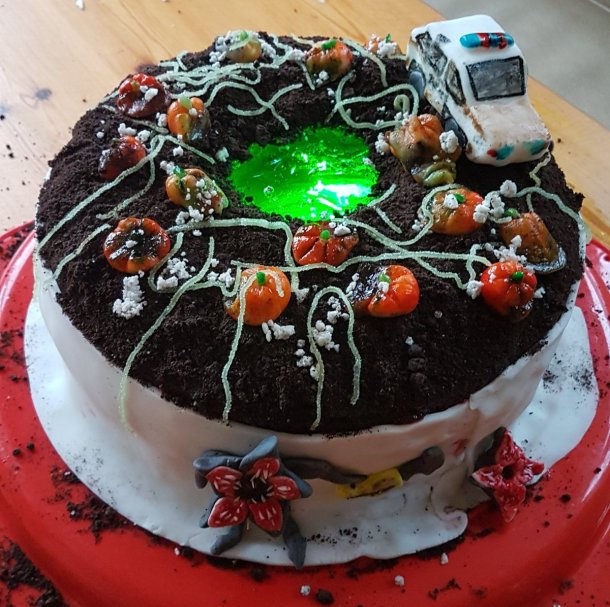 This, from Emily Roberts & Holly Turner, which manages to be both genuinely terrifying, and a cake:

And Liz Laycock and the team affectionately referred to as ‘the house raptors’, whose Demogorgon is equally terrifying (and, presumably, delicious)

That’s it for Demogorgons – we don’t even need to montage! But we don’t need to, because they all deserve their time in the spotlight.

And that’s it for the challenges!

The super keen will have spotted that we set you an extra challenge this year – as part of our Plate Tectonic Stories competition (itself the result of 2017’s celebrations of the 50th anniversary of plate tectonic theory) we promised, whether you liked it or not, to automatically enter all plate tectonic themed cakes into that competition. And we received lots!

Huge thanks to everyone who sent us a plate tectonic themed creation, particularly as it didn’t really fit in with any of the main geobakeoff challenges this year (we didn’t really think that one through, did we?)

I am done baking and wrangling houseraptors! Kitchen can be tidied tomorrow! #GeoBakeOff #PlateTectonic (11 of 10 ) [image references on request] Yes, all edible. pic.twitter.com/AccgBEqHqv

#geobakeoff Some brilliant attempts! Sorry we didn’t get chance to get a photo of the winning geology themed cake, but here’s some of the other contenders – – – and the winning volcano cake!! 🌋 pic.twitter.com/qiSXupAPna

And coming in third in the over 18s category was this beautiful creation from Hannah Moss-Davies – last year’s Yellow Apron winner!

And so…in what must now qualify as the longest blog post in history, we come at last to the results. As bakeoff stalwarts will know, there are four categories of winners, inspired (because why not?) by the Tour de France jerseys. We begin with…

The Green Apron Award for most points accumulated

A hard fought competition this year, with many contenders.

In third place, with an impressive 340 points having completed 6 of the ten challenges, is Tsvetomila Mateeva…

And once again, champions of the points competition are the fabulous Liz Laycock and the House Raptors, aka Tanith (9), Ruby (12) and Bryony (14). So far, these guys have achieved EVERY CHALLENGE ever posed in the geobakeoff (including that unfortunate William Smith hidden fossil episode), which merits an enormous round of applause, as well as this year’s Green Apron prize! 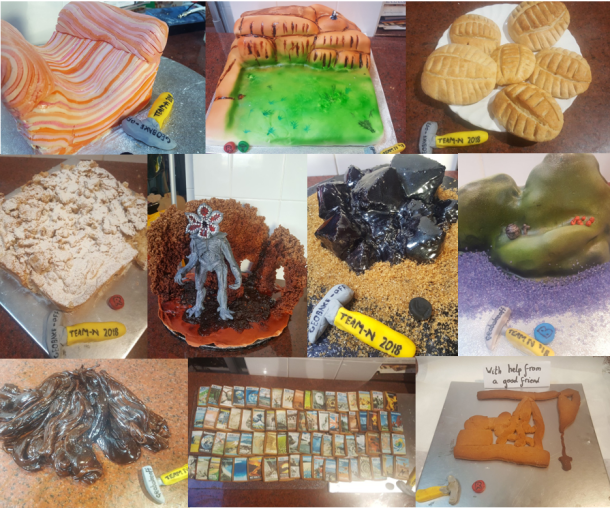 The Polka Dot Apron Award for most geologically accurate bake 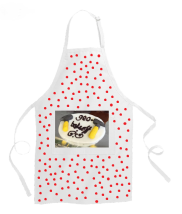 For Tour de France fans among us, this one is officially known as King/Queen of the Mountains. But doesn’t necessarily have to include mountains.

An agonising choice this year, thanks in part to so many amazing Burgess Shale contenders. We have ended in a tie! Joint winners are:

Deirdre Walsh, for this incredible pyratised ammonite, modelled on a Geoscientist cover:

And Hazel Gibson for her fully operational Nodding Donkey on a cake!

First half of my entry for this year’s @geolsoc #geobakeoff: a Nodding Donkey! The handle fell off so this one is manually operated.

Side note, what’s the secret to a good hard #gingerbread? Mine were all too soft! pic.twitter.com/eSpT48Et4B 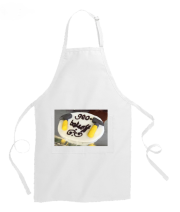 There was fierce competition for this year’s White Apron. The winner is Amelie Meek (10) who completed an impressive seven out of the ten challenges, with a wonderful array of impressive baking skills! 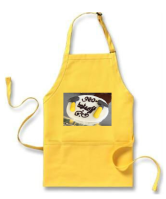 The ultimate geobaking prize goes this year to Emily Roberts and Holly Turner, for their incredible reconstruction of Stranger Things – complete with tunnels, Demogorgon and even those Christmas lights! It is a work of art.

And that – at long last – is it for another year! Well done to every one who joined in this year, we truly had so much fun looking through your entries, as always. The #geobakeoff hashtag is never off duty, so if you get up to any geobaking in the meantime, do share it with us! And we’ll see you next year…